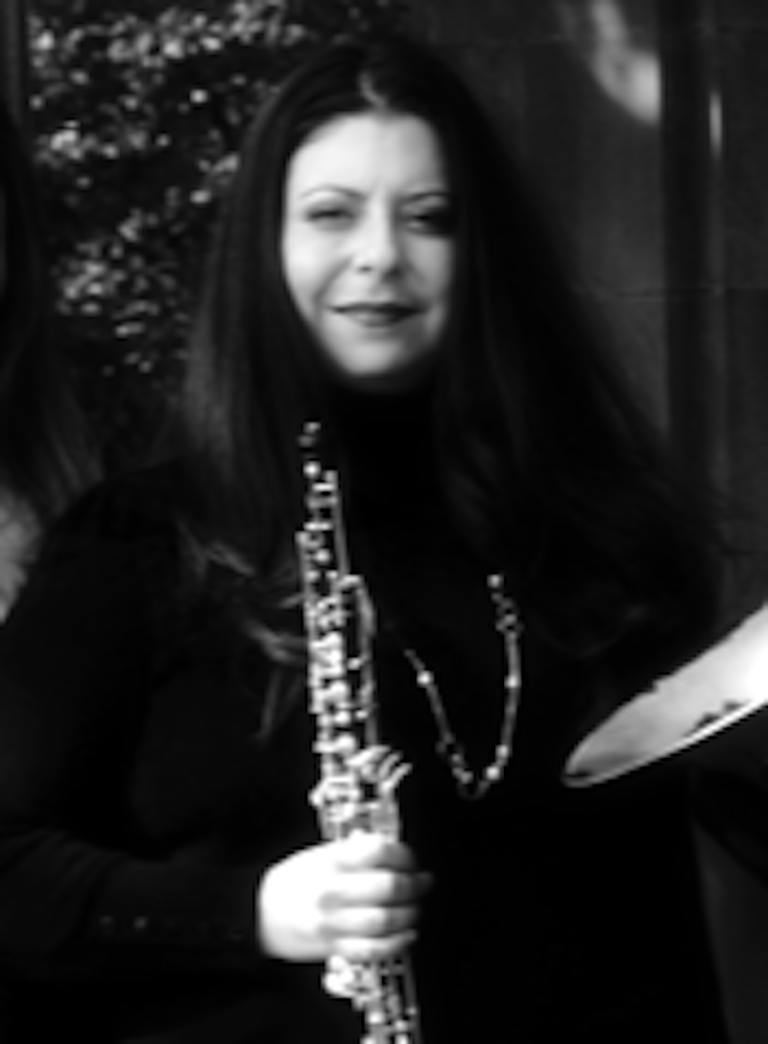 Carla was born in Lima, Peru and emigrated to Pittsburg, PA, with her family when she was eight years old where they lived for almost five years before moving to Illinois. It was in middle school that Carla inadvertently discovered her future career as a classical musician. Despite almost quitting the middle school band when she didn’t have enough “hot air” to play the flute, her interests changed when she picked up the oboe and learned to play it. Carla continued playing the oboe and formally studied music at the advanced level, eventually earning her Master’s degree in music from Rice University in Texas.

Carla made a career out of her love of playing the oboe and spent 13 years touring the nation while on active duty with the United States Coast Guard band. During that time, Carla played the oboe in orchestras under several famous conductors and in renowned venues like Carnegie Hall. In addition to playing music, which is much more than a hobby to her, Carla enjoys reading historical fiction and nonfiction, especially books about wars. Out of all the places she’s traveled, which are numerous, the Australian outback, specifically the city of Sydney, Australia, is among Carla’s favorite places to visit on earth. She also names Machu Picchu and the Great Barrier Reef among the most beautiful sites she’s ever experienced.

After 13 years of being a “Coasti,” Carla began assisting her mother with translation work, which her mother has done for almost two decades. Carla considers her mother a mentor in this respect. In fact, translation work “runs in Carla’s family.” Carla’s dad started doing translation and editing work after retiring from his career as a Human Rights professor, and her younger brother has a knack for the business side of translations, having brought in additional translation contracts for the family business. Carla has enjoyed working as a full-time English<>Spanish translator and editor for the past four years and currently plans to continue this career path. She obtained her ATA Certification in August of 2019.

Known as loyal, flexible, collaborative and witty by her friends and family, Carla is currently living near her younger brother and his family in Colorado where she enjoys skiing and hiking. She’s also eagerly anticipating the arrival of her brother’s second child so that she can spend even more time being an aunt.